I Consider that Apple is the best company which produce a different type of digital products like iPhones, Apple watches, iPad, MacBooks, and iMac. We know that in every apple product like iMac or in MacBooks, Apple always uses another process like Intel processors. But nowadays good news is that Apple is now using its first-ever own-made chip in their computers. This chip is known as apple M1 and now it’s available in the latest versions of MacBooks, iMacs, and Mac mini.

What is the Apple M1 chip?

Mostly in our office or in our home computers, we use the processors of intel which are not bad. If we go back to the old versions of apple we see that apple always uses intel processors with different specifications but now we will see Apple M1. Like in simple words apple M1 chip is the CPU and GPU of your personal computers. Apple said that this is the world’s fastest chip for computers and I don’t consider that any other company processors can beat it. Mainly this is the first-ever chip which is built with 5-nm technology and this is a huge update. Does it really fast and good than intel? To know about that read the next points also.

Apple products with the M1 chip

Some apple products in which M1 chip is fully available are mentioned below.

If you are really planning to buy an apple product then make sure that you are buying it with their latest chipset. Because if you are putting your money for some then buy a good and better thing for you.

Why Apple products are so thick?

If you are an old Apple user then you may know that Apple computers are not too thick. But now with the latest M1 chipset, all the apple products are thick. Like if you have all in one personal computer of any other brand and on the other side you have an Apple iMac with an M1 chip then you will clearly see the difference between the weight and their thickness.

You know that if we are buying a computer for us then we have to buy its different accessories. Like RAM and Rom and many more but apple’s small chip is a combination of all these things which are big. With this chip, you don’t need extra space but your GPU and CPU will use the memory from a single place instead of buying a separate one for them. This chip is the combination of many big products and accessories which increases the size of your computers. These are the main reasons behind the thickness of the latest Apple products. I think that apple Imac with an M1 chip is not thicker than your iPhone 12 pro max.

Some major features of the apple M1 chip

After knowing about all these things you will be interested to know that why I am saying M1 as super power chipset. So here below I have mentioned some great features of M1 chipset.

A fully responsive and super fast

If you are using the intel process and now you are shifted towards the M1 version of apple then you will see a huge difference between their speed. Apple says that our M1 chipset is five hundred times faster than another process. I think that there should be no douted with this apple talk. I am using this processor for the last three months and I consider it as my super-fast computer.

Apple M1 chip is small in size and it also consumes a little bit of electricity than other processors. so this is a heavy and great processor with less energy-consuming.

Number one processor to edit videos

If you are a content creator and having issues with the editing of videos this processor is going to be a very awesome product for you all. Final cut pro is the best video editor and you know it just works well with apple products but if you want to edit a high-resolution video then with the help of an M1 chipset you can easily edit such videos.

Why apple M1 products are so cheap?

We know that Apple computers are not cheap and these are not easier to buy for anyone. But after the M1 chip now a huge update comes at their prices. The reason behind this update is simple and easy because the first apple was buying bundles of processors for their computers or for products from different big companies and they have to pay a lot of tax. But now Apple has launched its own chip and there are no extra fees and that’s why Apple products with M1 are so cheap. For sure a company that puts a lot of effort always shines with an awesome update but this was really shocking to know that it is five hundred times faster but that’s the reality and I think that we should need to appreciate them for this.

Should you need to go for it?

If you are really in need of a new fast computer or laptop then you can go for the latest apple versions. But if you have some time with you then you should need to wait for new updates. Because it is said that Apple is now coming with a new version M2 which will be fast than M1. But it will take time to come in every of their product so now choice is yours. 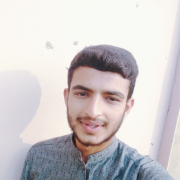 With Product You Purchase

Go to the Arqam options page to set your social accounts.

With Product You Purchase